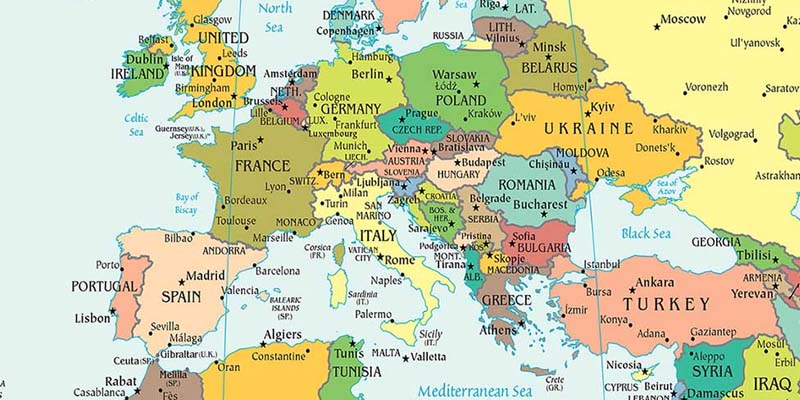 Malta is a small island in the middle of the Mediterranean Sea with a considerable amount of advantages. First and foremost it is full of sunshine and beautiful in its small size. It lies 80 miles North of Africa and just 60 miles South of Sicily. It is a major tourist destination in summer where the population increases to 1.5 million from half a million. Find following an image with the location of Malta in Europe and on a world map.

Most of the Maltese people speak English and in fact many foreign students come to Malta to study English. The weather is warm for over six months of the year and there are also a number of sandy beaches which are extremely popular both with the locals and with tourists. Malta also has a vibrant nightlife which is centred around the main area of Paceville.

Malta has not been hard hit by the recession, quite the opposite and it also has a vibrant financial services sector with some excellent legislation in this regard and banking services are amongst the best in the world. Prices are also relatively inexpensive and there are thousands of shops of all shapes and sizes as well as a number of shopping centres which offer state of the art facilities.

Malta is also a vibrant cultural destination with a history spanning thousands of years. The island is graced by a number of historical architectural monuments such as the prehistoric temples in Mnajdra and Hagar Qim, the capital city of Valletta and the lovely medieval city of Mdina. There are also a large variety of museums around the island and countless numbers of beautiful houses with a lot of historical beauty especially in the sister island of Gozo.

Malta is also a prime property destination where one can find a large number of apartments, houses and villas at reasonable prices. There are also some spectacular developments with state of the art facilities in desirable locations such as Sliema and St Julians.

Malta is definitely the place to be for young and up and coming people especially with the excellent internet connection and high communications technology. The country also boasts an excellent healthcare system which is touted as one of the best in Europe if not in the world.

Register here! Forgot Password? Back to Login Return to Login